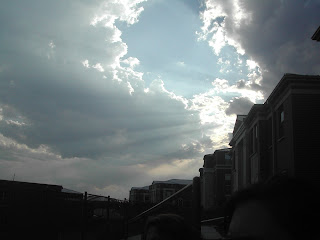 Wow! What a long and awesome trip cross country! Beautiful! My family and I have finally arrived back on the Kitsap Peninsula and we are loving it! It's like coming home. I've been in the new house for twelve days now, and things are slowly but surely getting organized and back to the way they are supposed to be. I know it will take months, but let me tell you one of the first areas I plan to finish is my stamping area. I have some awesome built in cabinetry in my laundry room that I'm going to utilize for stamping storage; it's a far cry from the overcrowded and cramped apartment that has been our home for the past few months. Lovin' it!

Thanks to those of you who submitted pics for my featured designer contest, keep then coming because this will be an ongoing thing. Although I'm running a little late on posting (I overestimated my abilities as a superhero mom slash mover slash organizer and didn't get internet service till two days ago) my first featured designer is right now starting work on her projects and I'll have it posted by the end of the month!

In the meantime hold tight and I'll have some new projects to share with you in the next week. I'm itching to try something new with some of the found objects I have laying around, and I've discovered long lost projects in the move that I'd love to give a second go! See you soon!